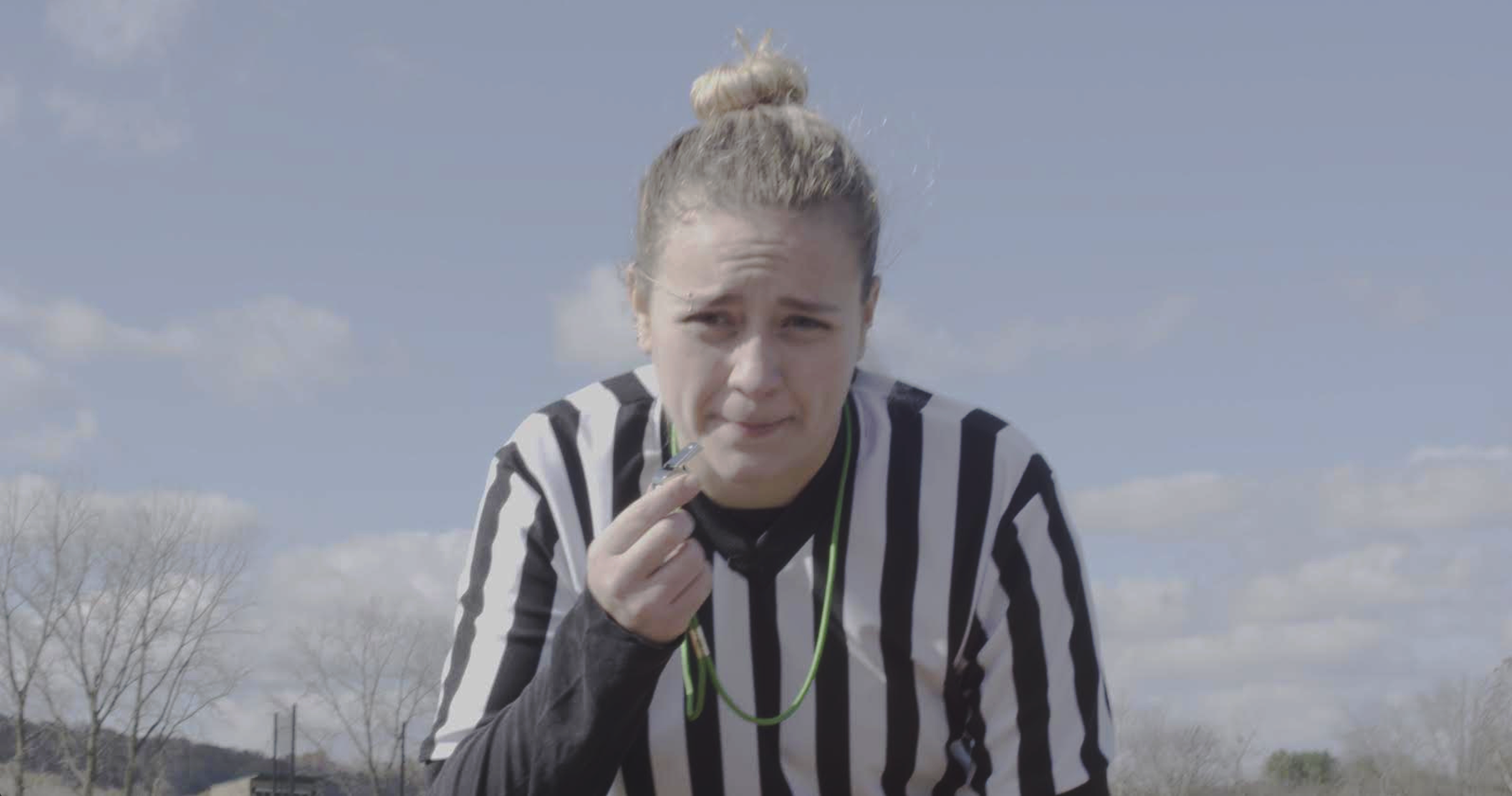 When Elizabeth Iduma ’20 and Dylan Manning ’21 set out to make their short film, Bianca’s Senior Thesis, they had no intent of entering any film festivals, nor even to get selected to participate in any. In fact, the premise for the film was merely a random idea conceived at a Kenyon Filmmakers Club meeting.

The two seniors were early to the meeting and began chatting to waste time while they waited for the other members to show up. “[We] just started talking and joking about how we wouldn’t be able to live without our phones,” Manning said. “Then Elizabeth said, ‘this could be a good short. We should make this,’ and thus Bianca’s Senior Thesis was created.”

Bianca’s Senior Thesis follows anthropology and Italian cinema double-major Bianca as she decides her senior thesis capstone project will be a record of herself—as documented by her brother Karl—going a day without her phone.

“We wanted Bianca to sound as pretentious as possible—like, what kind of person would make a documentary about themselves for their senior project?” Iduma said. “She tries to go through her day and gets invited to a party by this guy she had a crush on, which raises the stakes. But she has no way to tell the time and she’s not witty enough to look at a clock, so she has to revert to old-fashioned ways to pass time. She whittles an apple at one point.”

The film is an improv-based mockumentary, which removed many of the pre-production hurdles found in a scripted film. “We thought that since it’s improv-based we wouldn’t have to worry about writing and all that … We filmed the whole thing in one day with one or two walk-through rehearsals and improv games to warm the cast up.”

Iduma, a film major with a scientific computing concentration, noted that editing took the longest time. Both Manning and Iduma took a post-production class spring semester, and used the mockumentary as their final project for this class.

It was Manning, an English and possible film major, who decided to submit Bianca’s Senior Thesis to festivals and contests. “I created an account on FilmFreeway, which is a free database of film festivals that you can submit to through the website,” Manning said. She submitted the short film to every free festival she found.

“We didn’t think about it again,” Iduma said, “then Dylan called me to say we got into Lift-Off and we freaked out a little bit.” The Lift-Off Global Network holds several film festivals across the largest cities in North America, Europe, Japan and Australia. The duo agreed it was “validating” and “reassuring” as filmmakers to have made the top 20 of Lift-Off’s festival.

The pair were finalists in the competition, receiving a waiver for all future Lift-Off competition entry fees, production and other filmmaking support.

The pair are still waiting on responses from a few other festivals as well, and are working on arranging a campus-wide screening of the film for students and faculty.