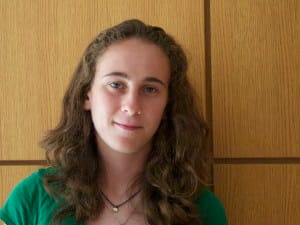 Countey was the starting goalkeeper for the Manhattan Kickers club travel team, which finished as a finalist in the New York State Cup. She also received the Scholar Athlete Award at Rudolf Steiner for maintaining a GPA over 3.7 while playing a varsity sport. 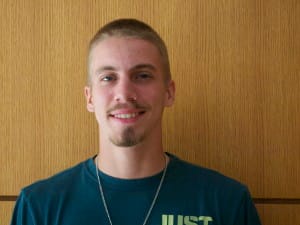 Merkle was the starting quarterback for York Suburban varsity football since his sophomore year. Last season, he threw 26 touchdowns, set an all-time county record for career passing yards and led York Suburban to the playoffs for the first time since 2009. 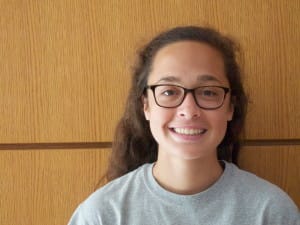 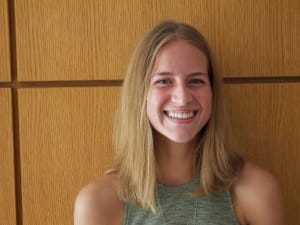 In her senior year, Russell helped the Langley varsity field hockey team achieve an 11-6 record and finish in the Liberty Conference Semi-Finals after the team ended the previous two seasons at or below .500. 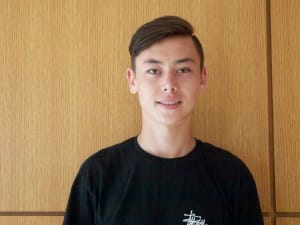 Hometown records, academic awards and all-state recognition — Kenyon’s newest class of athletes brings a long list of achievements to the Hill. This time of year always entails transitions, and the shift from high school to collegiate-level sports is no exception. Many of these athletes will make their Kenyon debuts today, and their first games will present them with challenges, lessons and rewards just as conditioning and preseason already have.

Some first-year athletes come to Kenyon with huge shoes to fill. Thomas Merkle ’20, a quarterback from York, Pa., knew the jump to Division-III football would be challenging. Due to a season-ending injury suffered by quarterback Sam Appel ’18 in preseason, Merkle now holds the starting slot at the head of an offensive unit with many upperclassmen and plenty of motivation after last season’s 2-8 record. Merkle replaces Jake Bates ’16, who started for the Lords for three years and threw 29 touchdowns over his career.

Merkle is approaching the challenge with confidence and is acknowledging the pressure with an impressive sense of calm. “I’m looking to play for these older guys,” he said. “I’m excited for the opportunity. I’m going to be looking to them for support, and I’m making sure they know I have their backs.”

First years will also play a big role on the women’s soccer team. The only two keepers on the roster are first years Jillian Countey and Maria Paparella. Countey found communicating with upperclassman teammates a challenge, but one that is not without a reward.

“Most of my defensive line is upperclassmen, and they have really responded to me being this new voice,” Countey said.

In contrast to the women’s team, the Lords soccer team has added only seven first years this season; midfielder Jeremiah Barnes ’16 was the only player to graduate from the team, which reached the NCAA Elite Eight last year. Max Taylor ’20 found joining such an experienced squad both “exciting and motivational,” he said. Some of that motivation came from glimpsing the team’s success last season: Taylor visited Kenyon on the day the Lords won the North Coast Athletic Conference championship.

“After watching that game, I knew this is where I wanted to go,” he said.

With a little bit of luck and a lot of practice, the recruits in the class of 2020 may match their high school achievements with just as many medals, titles, records and selections — this time with “Kenyon College” next to their names.