Last spring, six members of Sisterhood applied for theme housing in a suite in Caples Residence Hall. The group was initially assigned to Caples 201-204, but was later offered R-17, the house more commonly referred to as Old Snowden, due to over-enrollment of the class of 2022. They agreed, and moved into the second floor of R-17 on Chase Avenue. Since their move-in, though, there has been disagreement about the extent of access residents have to the spaces in the building, due in large part to the fact that the first floor is overseen by the Office of Student Engagement (OSE) and the second floor by the Office of Residential Life (ResLife).

“[ResLife said that] we would be living on the second floor but that we would have use of the kitchen and the common spaces,” Alexandra Gulden ’21, one of the residents in Sisterhood theme housing, said. “So, we knew that people would be able to reserve the first floor and that it wasn’t completely ours, but the key word is ‘completely.’”

Prior to accepting the offer, the students directed several questions to ResLife and were under the impression that they could use the kitchen on the first floor of R-17 in the same way that residents use common kitchens in residential halls. Upon moving in, however, the students learned from OSE that they could not use the refrigerator or store anything in the cabinets, and could only cook in the kitchen when the space was not otherwise reserved.

Associate Director of Housing and Operations Lisa Train noted that while ResLife knew the building would be shared, the two offices and the residents never had a joint meeting before the move-in, which caused confusion. She also said that because OSE does not usually deal with housing, expectations for the residents may have been different.

“I think we should have foreseen — not issues, but we should have been, I think, a little bit more communicative with each other on expectations of the use of space,” Train said.

Vineeta Chauhan ’21, one of the theme housing residents, said that they did not realize the first floor was overseen by OSE until they approached ResLife about getting the keys to the kitchen cabinets. “We didn’t just get the email and accept it, we fully asked [ResLife] questions beforehand. We were like, ‘So this is what this is going to be like? How will we have space for these things?’ We asked them so many questions before we said okay, so it wasn’t like we just kind of let it happen,” she said.

All of the residents interviewed for this article noted that they felt the rules and regulations were not clearly communicated with them and that, in R-17, their living situation does not reflect the theme housing they originally agreed to.

Jasmine Wilson ’19, president of Sisterhood and the Community Advisor responsible for R-17 as well as the North Campus Apartments, said she was disappointed to see the residents experience issues in their theme housing space.

“This is the first year we had stuff like this happen,” she said. “It was supposed to be a place where [the theme housing residents] and our members would have a safe space to go, but since the common room and stuff is not theirs, no one has that safe space … I don’t think anyone across the board knows the rules, so it just made it really frustrating and complicated.”

The residents emphasized their status as women of color primarily from low socioeconomic backgrounds in relation to their experience. A housing situation that was supposed to create a safe space for women of color turned into a stressful, uncomfortable dilemma that took up a large amount of time and energy with very few results to their petitioning. They also felt that their marginalized status impacted the way that the situation was handled.

The residents requested cabinet space in a meeting with Director of Student Engagement and Assistant Dean of Students Laura Kane, who managed the space in the fall but is now on maternity leave. However, they were not given it until they talked to Vice President for Student Affairs Meredith Harper Bonham ’92.

“When some concerns arose that seemed to transcend different offices, then I was asked to join the conversation,” Bonham said. “I think that the residents had certain expectations of the space or made assumptions of the space based on what they were accustomed to in Caples, and we did not replicate the same situation that they had in Caples in R-17. I think that that was communicated to them clearly, but I think that they were disappointed by what they eventually experienced in that space.”

In addition to unclear usage of the space, the residents also noted that R-17 was not completely done with renovations when they moved in. 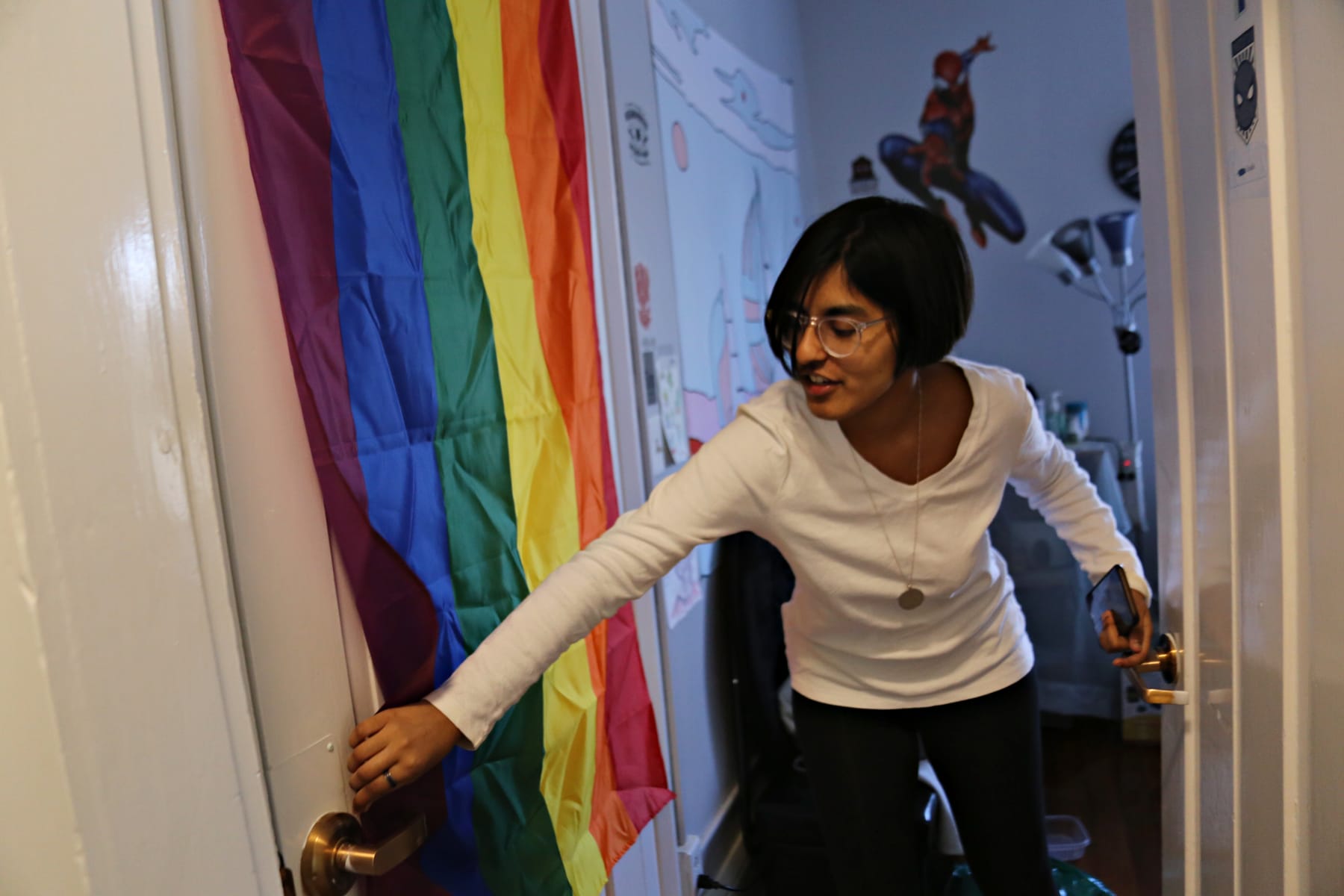 This semester, the residents are in contact with Associate Director of Student Engagement Kim Wallace, who was on maternity leave in the fall. In response to the concerns of R-17 residents, Wallace noted that she is open to talk about different accommodations.

“I think if it’s an ongoing concern and there is a reason why something has changed, or there is a need that is different from what has been articulated, or what was initially the understanding, I think we as an office and myself as a representative of the office are open to that conversation,” she added. However, she emphasized the “[difference] between dissatisfaction and discomfort and a lack of safety,” and clarified that since the residents have not voiced their concerns to OSE since she took over, there are no plans to change the current situation.

Bonham noted that while they tried to offer R-17 as an improved space for the Sisterhood theme housing residents, issues arose because of the unique nature of the situation.

“I would say we really were trying to provide them with a nicer space than what they had had in Caples. Unfortunately, it seems that this particular space didn’t meet their needs,” she said. “I would also say that it’s a new space and that whenever new spaces come online, we learn what works and what doesn’t … I think we all viewed it as a learning opportunity.”

Going forward, the residents hope that the administration can be more accommodating and listen to their needs.

“I want an apology and I want to be able to use the downstairs space,” Nathalie Orellana ’21, one of the residents, said. “That’s literally all we wanted. We don’t mind people coming into our house and reserving it — we’re not fighting that. What we’re fighting is to get schedules of when people reserve it, being able to have access to the space downstairs and being able to use it as it should be used — and an apology for how they have treated us and disrespected us.”