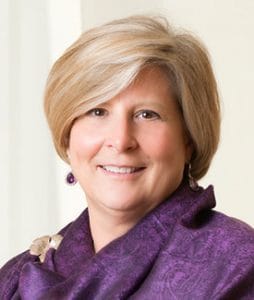 In mid-January, a Student-Info news bulletin announced McCrory’s appointment as senior advisor for community relations. This new administrative position will replace Jen Odenweller’s current position as the director of community partnerships for the College. Odenweller will begin work as director of the Ariel Foundation in March. McCrory will oversee Kenyon’s Office for Community Partnerships located in the Wright Center in Mount Vernon.

President Sean Decatur wrote in an email to the Collegian that he decided to appoint McCrory to the community relations position. The decision arose from conversations between Decatur, Odenweller, members of the provost’s office and the broader community. The search committee for the new vice president of college relations is led by Emeritus Trustee Barry Schwartz ’70 H’15.

A major change between Odenweller’s current position and McCrory’s new position is Decatur’s influence. The director of community partnerships position was primarily part of the provost’s office.

Decatur’s vision includes McCrory reporting directly to the president in order to “raise [the] visibility” of the position.

“I can think of no better partner in this phase of our work,” Decatur said in the news bullet

Phillip Gray Clark ’17, who served as student council president during the 2016-17 academic year, perceives McCrory as lacking experience in the Mount Vernon and Knox County area. Appointing someone who “has been involved in the community and knows the community is … always a great option,” Clark said.

Before McCrory leaves her current position, she will continue working on the Capital Campaign alongside Decatur. The Capital Campaign is a fundraiser focused on bolstering the College’s endowment alongside other initiatives to fund financial aid and the West Quad construction, McCrory said.

The campaign is still in the “quiet phase,” which means the Office of College Relations is working with a small group of board members and volunteers, McCrory said. The preliminary goal of the campaign is $300 million, and about $196 million has been raised thus far. The campaign is set to go public among a wider circle of donors on Oct. 13, 2018, which will coincide with McCrory beginning her new position, according to Decatur.

During McCrory’s tenure, the College secured the largest gift in its history — $75 million from an anonymous donor — to adapt Kenyon’s campus for excellence and innovation in its third century, according to the news bulletin.

McCrory will continue Odenweller’s efforts to establish community partnerships between the College and the local community.

Decatur highlighted an upcoming initiative between the College and Mount Vernon. Kenyon is co-sponsoring a project involving the development of a “maker space” in Mount Vernon that would provide technology for local entrepreneurs, boost resources for local schools and provide a facility with “state-of-the-art fabrication tools accessible to Kenyon faculty and staff projects,” according to Decatur’s email to the Collegian.

McCrory said she looks forward to “the opportunity for students to engage with Mount Vernon, Knox County and even broader in Central Ohio.”