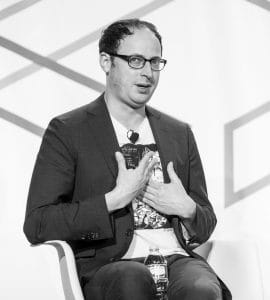 Journalist and statistician Nate Silver will address the Class of 2018 for the College’s 190th commencement.

Silver is the creator and editor-in-chief of FiveThirtyEight, a news analysis website that uses statistics to explain prominent stories. Silver attracted attention for developing PECOTA, a system that forecasts the performances of Major League Baseball players. His accurate predictions during the 2008 and 2012 presidential elections elevated him to national prominence, and Time Magazine named him one of its 100 influential people in 2009. In 2016, Silver inaccurately predicted that Hillary Clinton would win the presidency, though FiveThirtyEight put the chance of Clinton winning at 71.4 percent, lower than some other polling organizations, according to The Hill. Silver was nominated as commencement speaker by a committee of students, faculty and staff, which included Ben Douglas ’18.

Douglas said that the committee was presented with a list of potential nominees and they ranked their top choices. He said that the committee’s first choice was comedian Jon Stewart, though he would not disclose who else was on the list besides Silver. Both Douglas and Student Council President George Costanzo ’19 said they did not know why Stewart was not the commencement speaker.

President Sean Decatur said he thought the selection of Silver was “great,” adding “I’ve been a Nate Silver fan for a while and I’m interested to hear what he has to say. I think it’s a good match both for our point in time and for Kenyon.”

Decatur said that every year he has been on campus, there has been a “leak of some type” and the speaker was announced before the traditional date of Fandango, an annual event for the senior class. “I think the announcement timing varies from year to year both depending on when someone gets back to us.”

Silver will receive an honorary degree from Kenyon. He attended the University of Chicago, where he graduated in 2000 with a B.A. in economics.

Commencement will be held on May 19.