As polls across the country opened to groundbreaking turnout for the 2018 general election on Tuesday, Knox County and Gambier saw their highest ballot counts for a midterm election in years. In Knox County, 22,430 voters went to the polls, almost 5,000 higher than the total in 2014, and Gambier precincts counted 988 ballots, the Village’s highest tally in a midterm since 2006 and more than two times the 392 voters who turned out for the 2014 midterms.

At Kenyon, about 900 students registered to vote in Ohio, and around 600 of them voted on Election Day and during early voting, according to Robert A. Oden, Jr. Professor of Biology Joan Slonczewski. 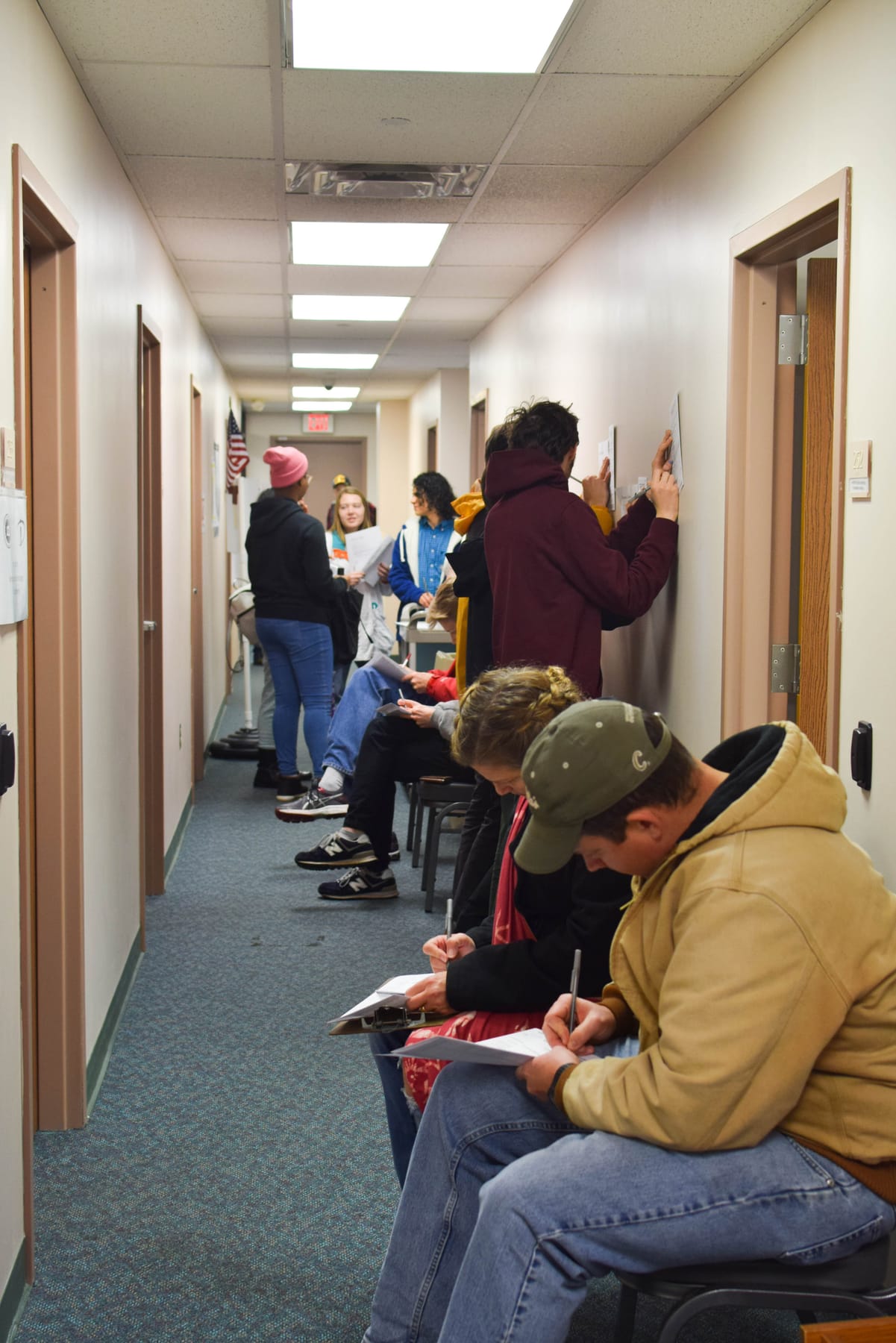 In Ohio overall, voters casted 4,382,382 ballots on Tuesday, according to the Ohio Secretary of State’s unofficial report. If it holds true, this represents the largest turnout for a midterm election in Ohio since turnout was first recorded in the state in 1940, beating the previous high mark in 2006, which saw 4,185,597 total voters.

During Common Hour on Election Day, a group of around 20 students marched to the Gambier Community Center from Peirce Hall. The Kenyon Democrats organized the event to help encourage students to vote.

Slonczewski was at the Community Center from 5:30 a.m to 8 p.m. to help facilitate student turnout.

“I thought [the student voter turnout] was very impressive,” she said. “Students are voters, like any other citizen living in the county, and they voted with all the other, citizens and it was especially impressive to have that kind of turnout for a midterm election. This was really historic. Also, the students voted all the way down the ballot, not just for the top race.” 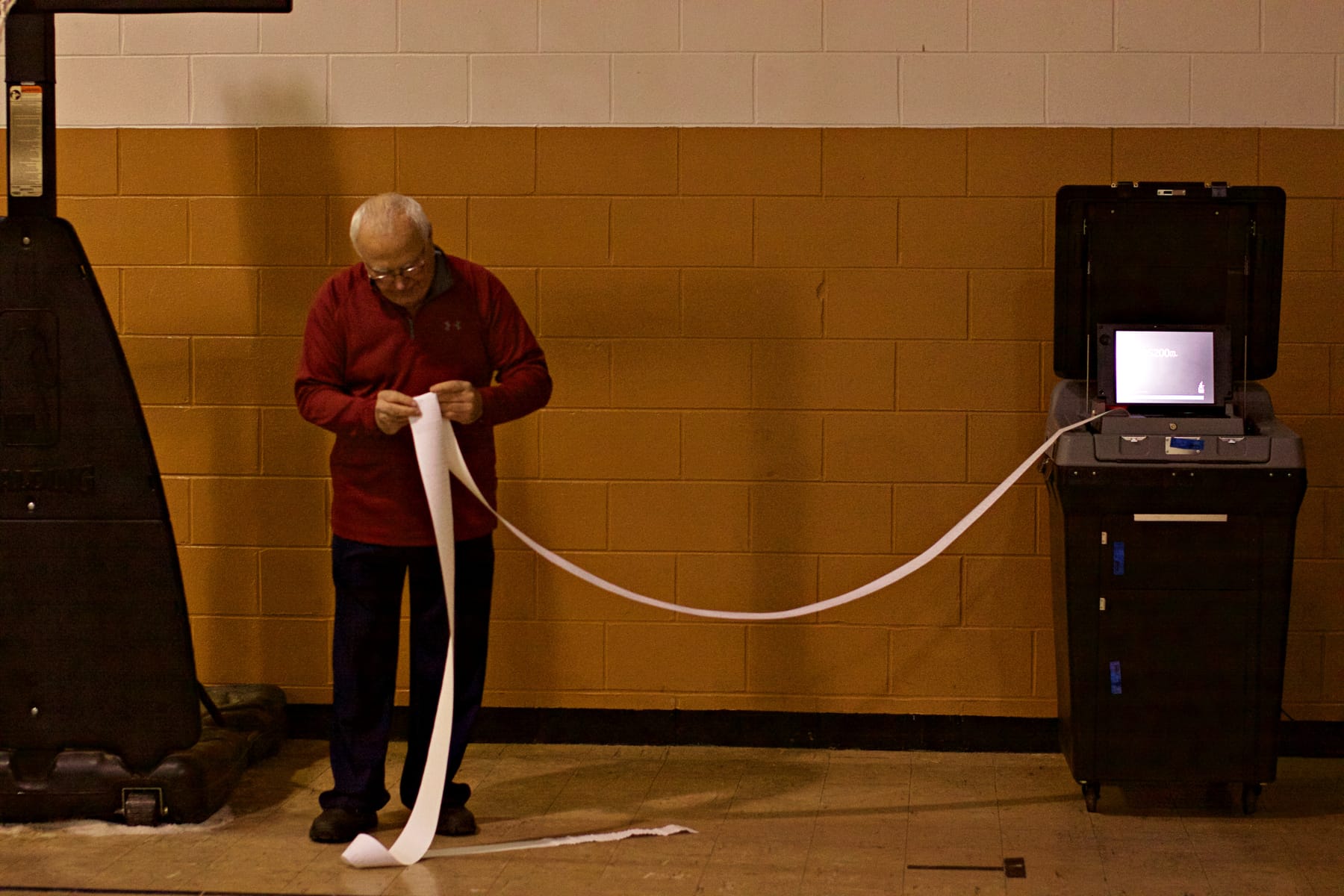 Abby Kastenberg ’19 was one of the students who voted on Election Day. “I think it’s important, especially for this election, because people underestimate the impact that the midterms have on your everyday life,” Kastenberg said. “Voting for the little, less glamorous stuff is what impacts you in your day-to-day life the most, and it’s one that people ignore.”

Later in the day, the Department of Political Science and the Center for the Study of American Democracy sponsored a watch party where professors and students gathered in Peirce Pub to watch the election results.

“I think it’s really great that so many Kenyon students got involved in the election, either canvassing or making phone calls or just voting. And that’s a pattern that I hope we can continue as a school,” Jessie Gorovitz ’20, who serves as the vice president of College Democrats of Ohio and the national field director for College Democrats of America, said. “I think it’s something that makes us unique among a lot of colleges in Ohio. We have unusually high rates of voter registration and participation, and I think that’s something we should continue to be really proud of, and cultivate as a civically engaged and active campus.” 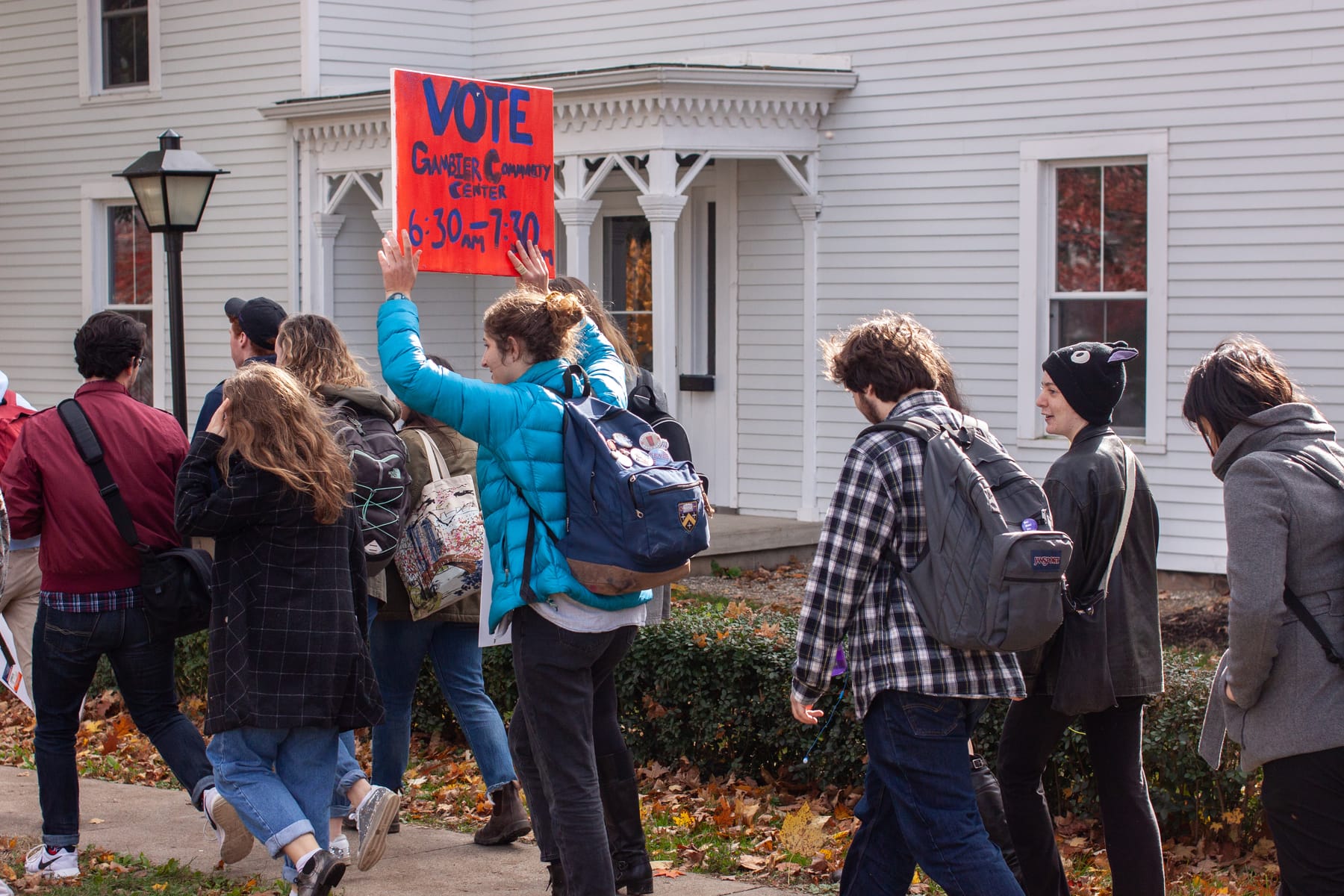 Despite the high turnout, Tuesday’s election changed very little in Ohio. On the national stage, voter enthusiasm propelled Democrats to a 28-seat pickup and the majority in the U.S. House, but none of those seats came from Ohio. Republicans Mike DeWine and Jon Husted defeated Democrats Richard Cordray and Betty Sutton in the state’s gubernatorial race by a 4.2-point margin. By similar margins, Republicans Dave Yost, Keith Faber, Frank LaRose and Robert Sprague were elected as Ohio Attorney General, Auditor of State, Secretary of State and Treasurer of State, respectively.

In Ohio’s 7th congressional district, which includes Knox County, Republican Bob Gibbs won re-election to the U.S. House over Democratic challenger Ken Harbaugh by more than 45,000 votes. Republicans will also represent Knox County in the General Assembly: Andrew O. Brenner won the Ohio Senate’s 19th seat over Louise Valentine, and Rick Carfagna was elected to the House of Representatives over Kathleen A. Tate.

Democrats in Ohio had a better night in the U.S. Senate and the state judiciary. Incumbent Senator Sherrod Brown, widely regarded as a safe bet to win re-election in the run-up to Election Day, secured a 6.4-point victory over Republican Jim Renacci. In races for two seats on the Supreme Court of Ohio, Michael P. Donnelly and Melody J. Stewart, who primaried with the Democratic Party, both won. Republican justices currently hold all seven seats on the court.

In addition, Stewart is the first black woman to be elected to the Supreme Court of Ohio.

The only statewide issue on the ballot, State Issue 1, was defeated by nearly a 2-to-1 margin. On Tuesday, 63.4 percent of voters voted “no” on the issue, which would have reduced drug use and possession charges from felonies to misdemeanors via an amendment to the state constitution. 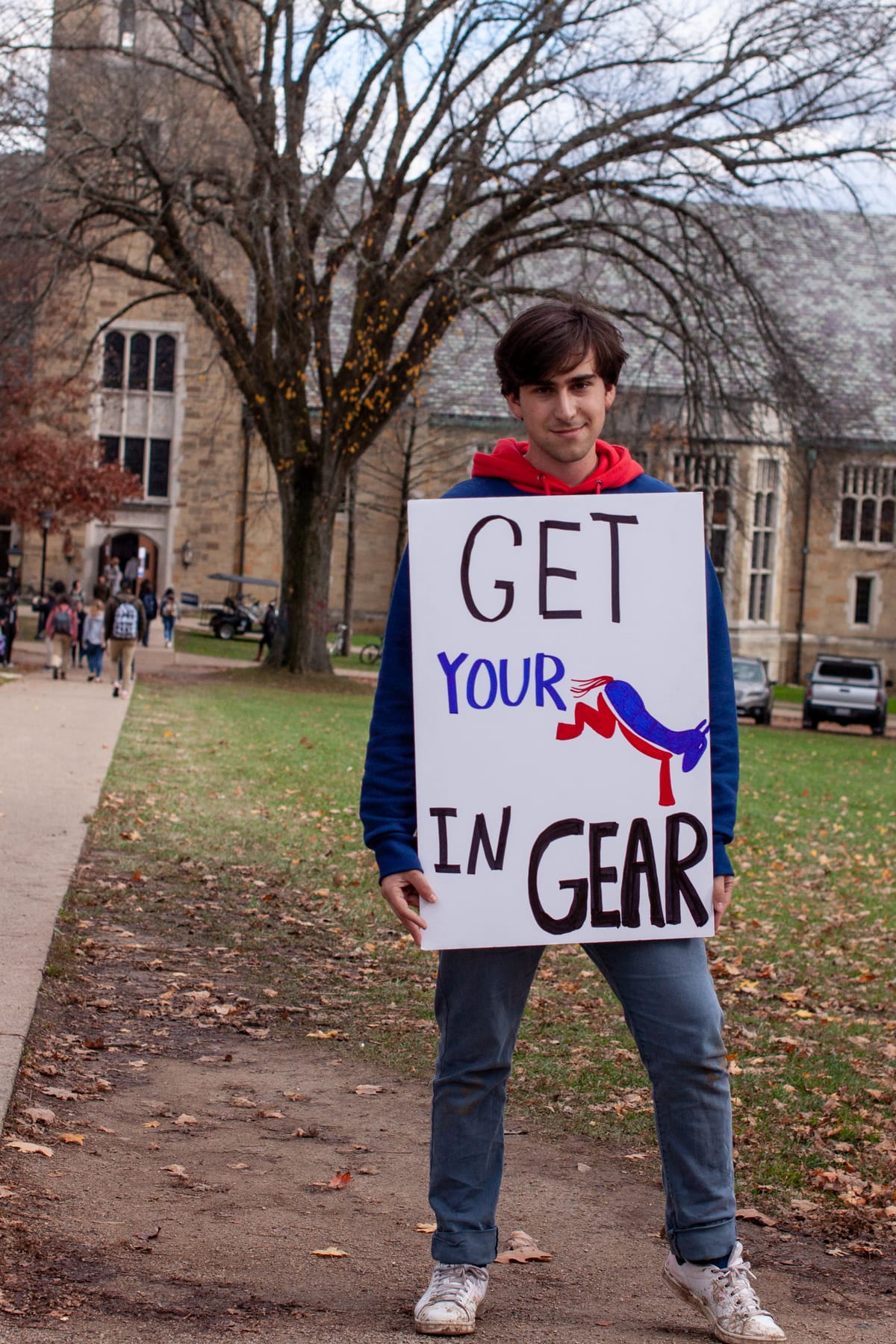 Although across the country a “blue wave” pushed districts to the left this year, the Knox County and Gambier had consistent results with the 2016 presidential election. In that race, President Donald Trump won the county with 19,131 votes, good for a 38-point margin over Hillary Clinton, who managed just 8,171. In just the Gambier precincts, however, Clinton defeated Trump by 85 points.

In Ohio, Tuesday’s historic turnout did not upset the balance of political power in the state. The GOP still controls the Ohio government’s executive, legislative and judicial branches, and while many Democratic incumbents won re-election, Democrats did not gain much ground in a state that has trended more red than purple in recent years. If Knox County and Gambier are any indication, partisan splits could be as stark as they were in 2016, and Tuesday’s results don’t provide much evidence to suggest that will change by the presidential election in 2020.