Do you remember catching your first glimpse of Ransom Hall, perhaps as a prospective student? Did it strike you as odd that those crows perched atop Ransom stood motionless and that, upon closer inspection, they were in fact sculptures (Peter Woytuk’s ’80 The Kenyon Crowes, a play on the building’s namesake, John Crowe Ransom)? And do you ever enjoy the company of angels as you picnic beneath Carl Milles’ Five Angel Musicians, those cherubic, instrument-playing figures held up to the heavens by stone columns in front of Rosse Hall? 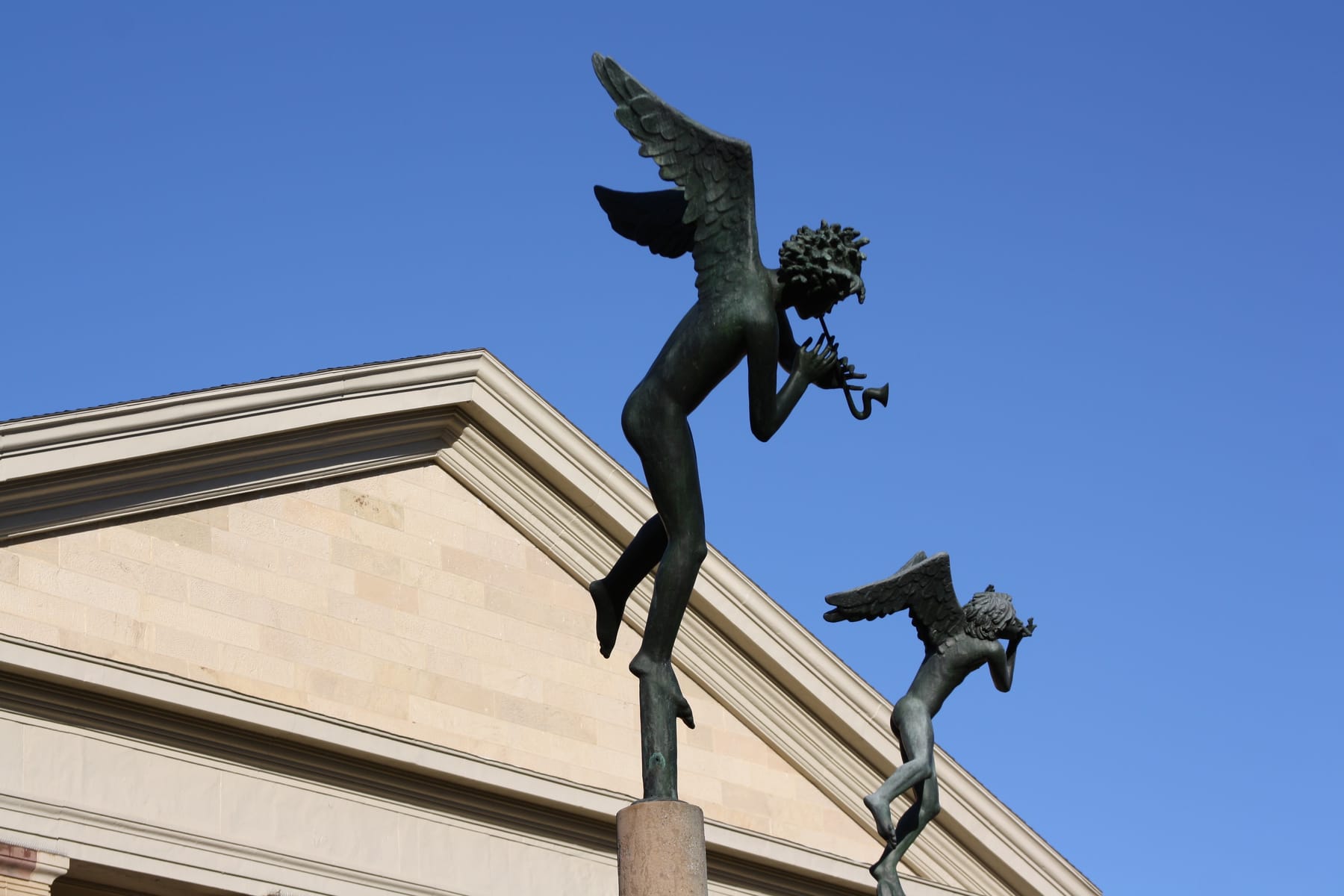 Or how about Dale Chihuly’s Gilded Silver And Aquamarine Chandelier With Putti, a twisted, luminous glass sculpture suspended from the ceiling of Storer Hall’s atrium? Perhaps lesser known is a Roy Lichtenstein print entitled Peace Through Chemistry II, appropriately angular and fittingly themed, which hangs beside the Tomsich Hall staircase. 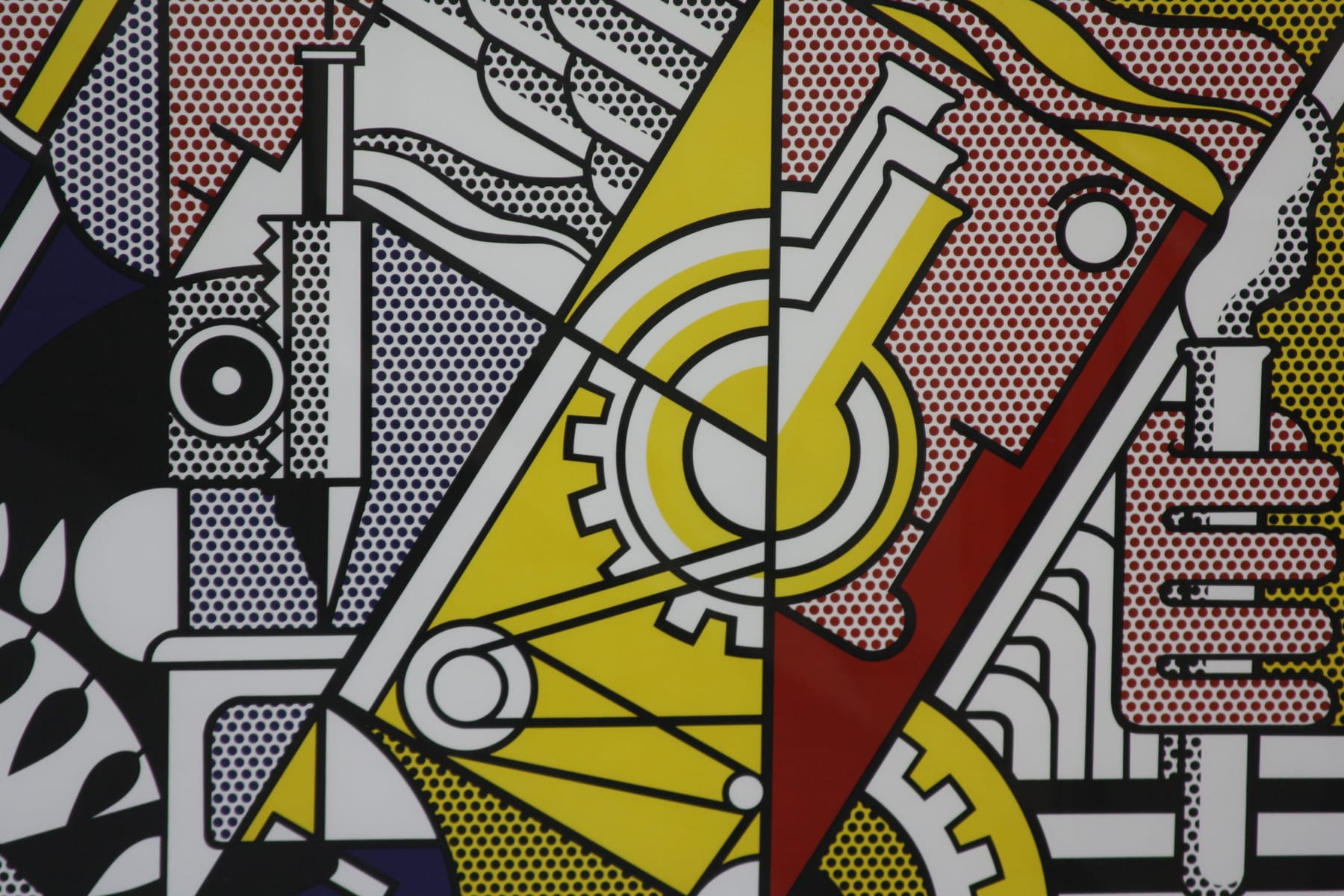 These pieces, in addition to seven more, are on extended loan to the College from Gund’s personal collection. English sculptor Henry Moore’s Large Spindle Piece is the science quad centerpiece, and Paul Manship’s Indian Hunter and Pronghorn Antelope sculptures reside on the patio behind Peirce Hall.

The sculptures are site-specific and are likely to remain put. Lithographs and photographs may be subject to eventual relocation. For instance, Thomas Struth’s Milan Cathedral (Façade) has made its way around Storer Hall, while the photograph