Who are the people that keep Kenyon running behind the scenes? 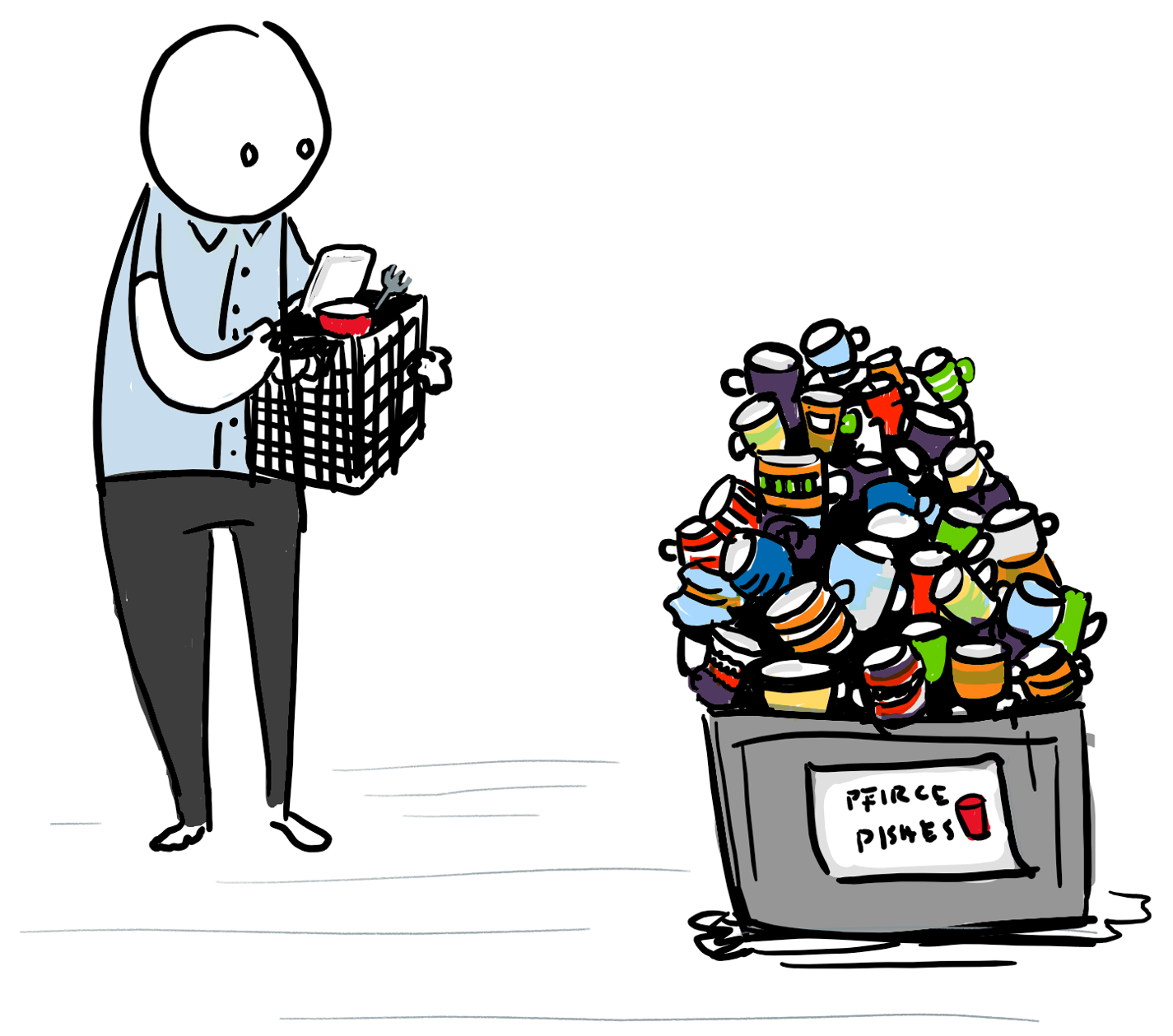 Beeland got his current job in September of 2016 when he saw an opening posted to Symplicity, the online campus career manager, that said the first person to apply would get the job. He’s had the job ever since. As the job posting might suggest, Beeland said his work isn’t complicated. It usually takes him about an hour and a half to complete his route, picking up dishes left in collection bins in the dorms. He drives around campus and listens to music in between stops. But he must be prepared for heavy loads, especially during finals week.

“There’s this interesting relationship between how much food people will take back to their dorms and sit in isolation with and how much work they have,” he said.

Last year, Beeland found that residents in Leonard Residence Hall had a habit of stacking their Peirce cups in the collection bins. The cups would turn into towers by the time he got around to collecting them.

Beeland doesn’t interact with many people while collecting dishes. In fact, just this past week, a year and a half after he started his job, he had his first interaction with another student while collecting dishes when she walked up to him and handed him her bowl. “She was like, ‘Can I give you this?’ and I said, ‘Yeah, thanks.’” 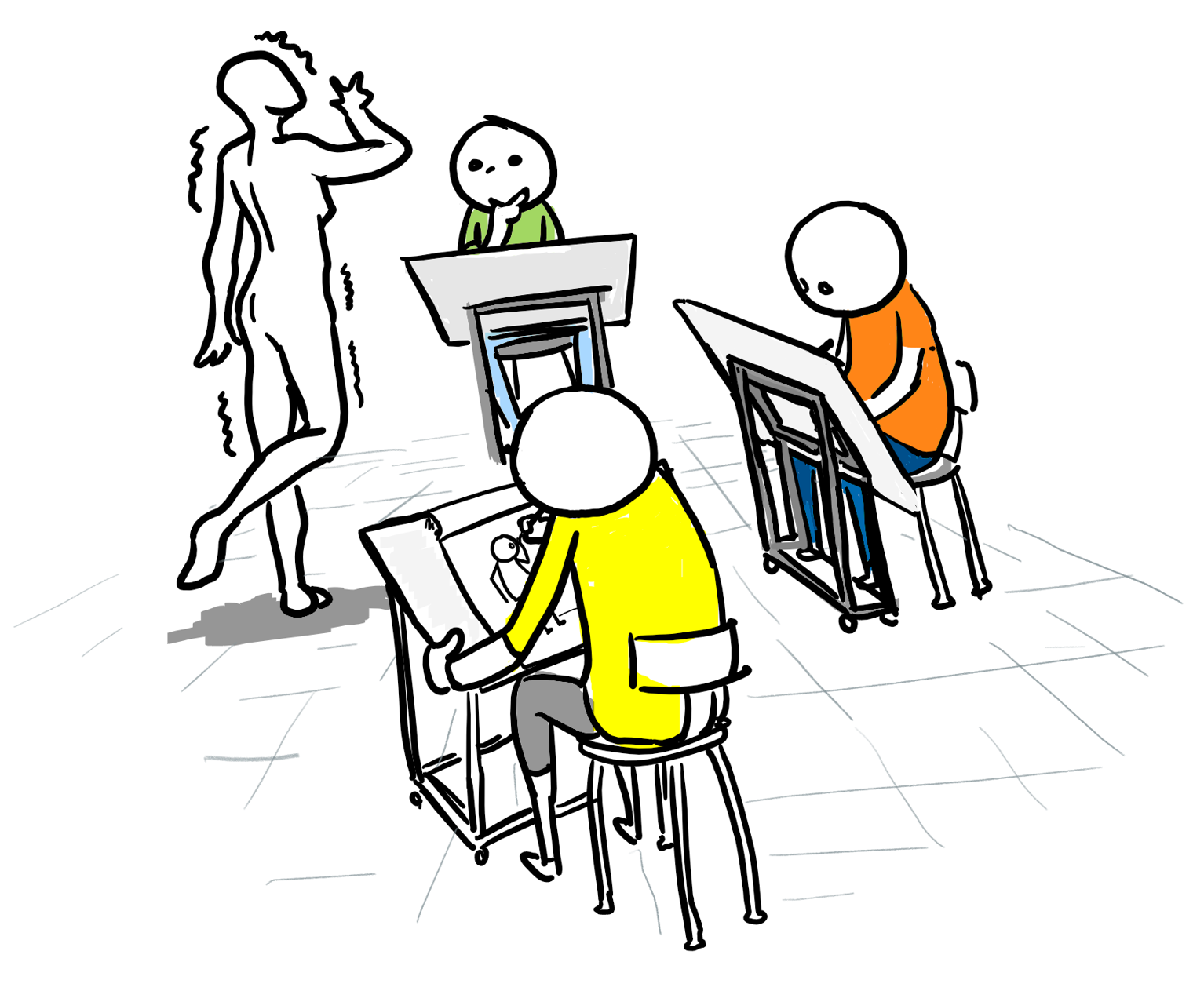 Cullen has two pieces of advice for anyone interested in her line of work: Don’t do poses that will be difficult to hold, and have some fun with it. “It’s a really meditative experience,” she said.

The last time she posed, the experience was so meditative that she fell asleep. She was sick with mono and told Associate Professor of Art Read Baldwin about it, so he let her do a pose lying down. She spread out a robe on the stage to make it warm and lay down on top of it. After an hour and twenty minutes, someone woke her up to tell her they were done drawing. Napping while modeling isn’t too common as far as Cullen knows, but it does occasionally happen.

“[Professor Baldwin] told me that someone [else] fell asleep while they were posing and they were snoring during it,” she said. 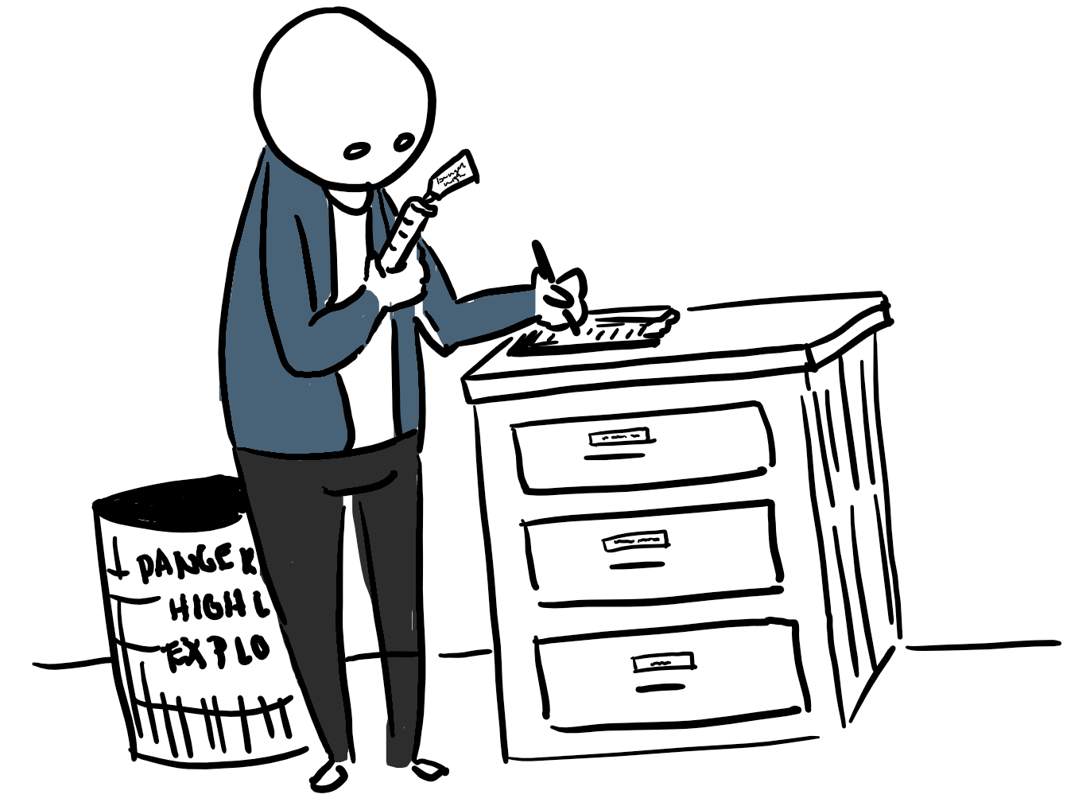 The key to Blankenhorn’s job is flexibility. A handful of her responsibilities include managing the greenhouse, inspecting laboratories for safety and maintaining the biology department’s chemical database. Blankenhorn has a degree in microbiology from The Ohio State University. One of her most common tasks, preparing petri dishes for biology labs, requires her to pour up to 600 plates of a nutrition-rich medium used for the growth of bacteria in one day. For a specific lab in which students swab their throats, Blankenhorn uses a special medium for the growth of streptococcus bacteria. “We have been known to see strep throat in people who didn’t even know they had it,” she said.

Recently, Blankenhorn accidentally unleashed a couple hundred fiddler crabs into the biology stockroom. She was opening the Styrofoam cooler in which they were stored when the crabs, which were more energetic than usual, caught her by surprise and burst out of their container. “They shot out like a fountain, all 200 of them,” she said. She scrambled to get them all back into the cooler but suspects she missed a few. “I’m relatively convinced that there will probably be some bodies of fiddler crabs under there if those shelves ever get moved,” she said. 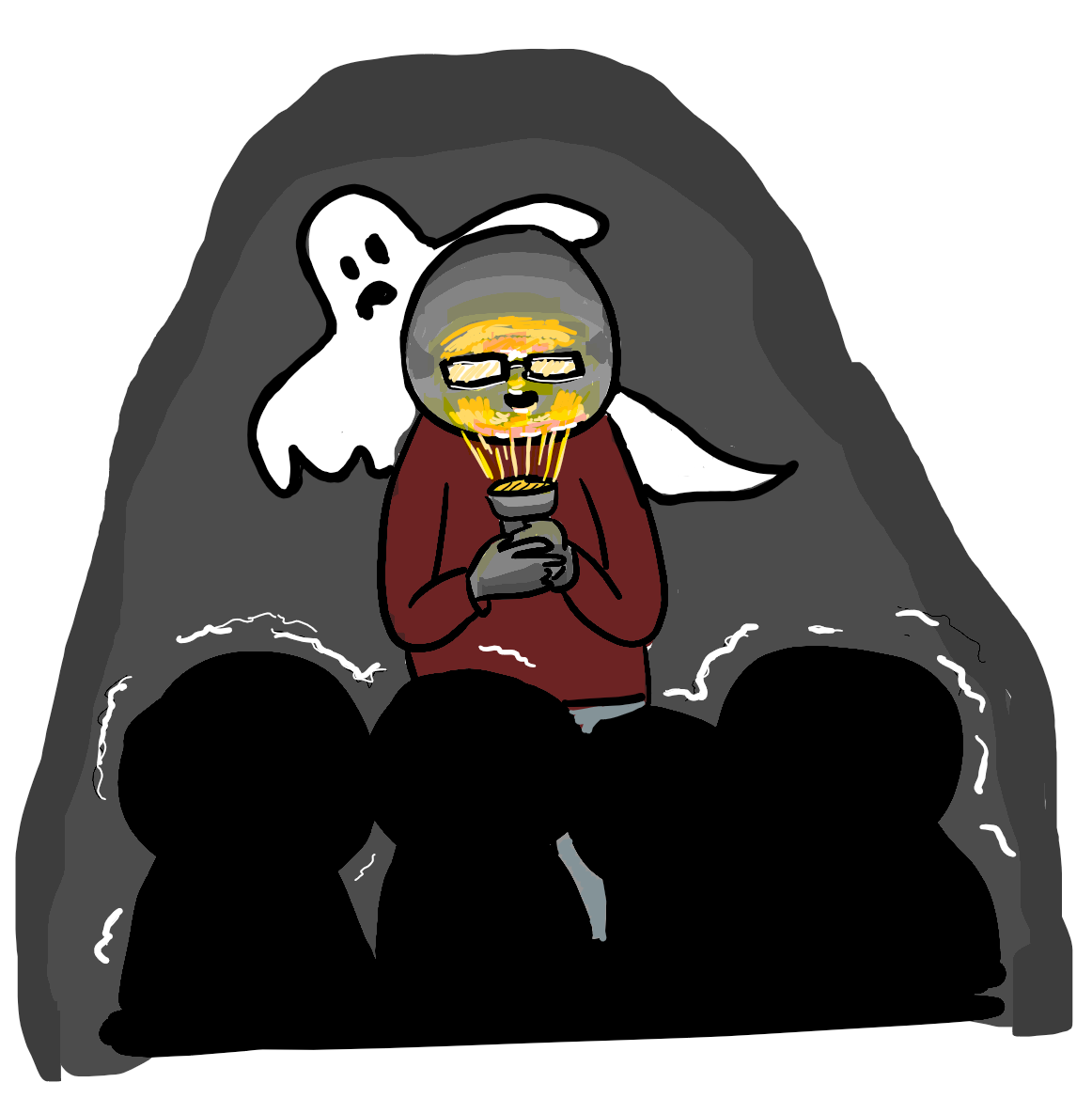 For Shutt, a tour of ghost stories on Kenyon’s campus is both a lecture and performance. “There is an intrinsic fascination with ghosts and life after death, but really it’s just a show,” he said. “It’s a lecture as entertainment.” In this sense, his lecturing skills as a professor of humanities serve him well. Beyond that, all that’s really required, according to him, is a good knowledge of the stories.

Shutt has given close to 100 ghost tours of Kenyon’s campus over several decades, but he has done so reluctantly. He has grown uncomfortable with capitalizing on tragic events in Kenyon’s history. On one of his tours, three of his audience members personally knew the student whose death had led to the ghost stories that Shutt was telling. They confronted him about it afterward. “They didn’t like the fact that the guy’s death was being exploited, which I didn’t particularly like either,” he said. “I tried to quit right then and there and never do it again, but the demand was too great.” 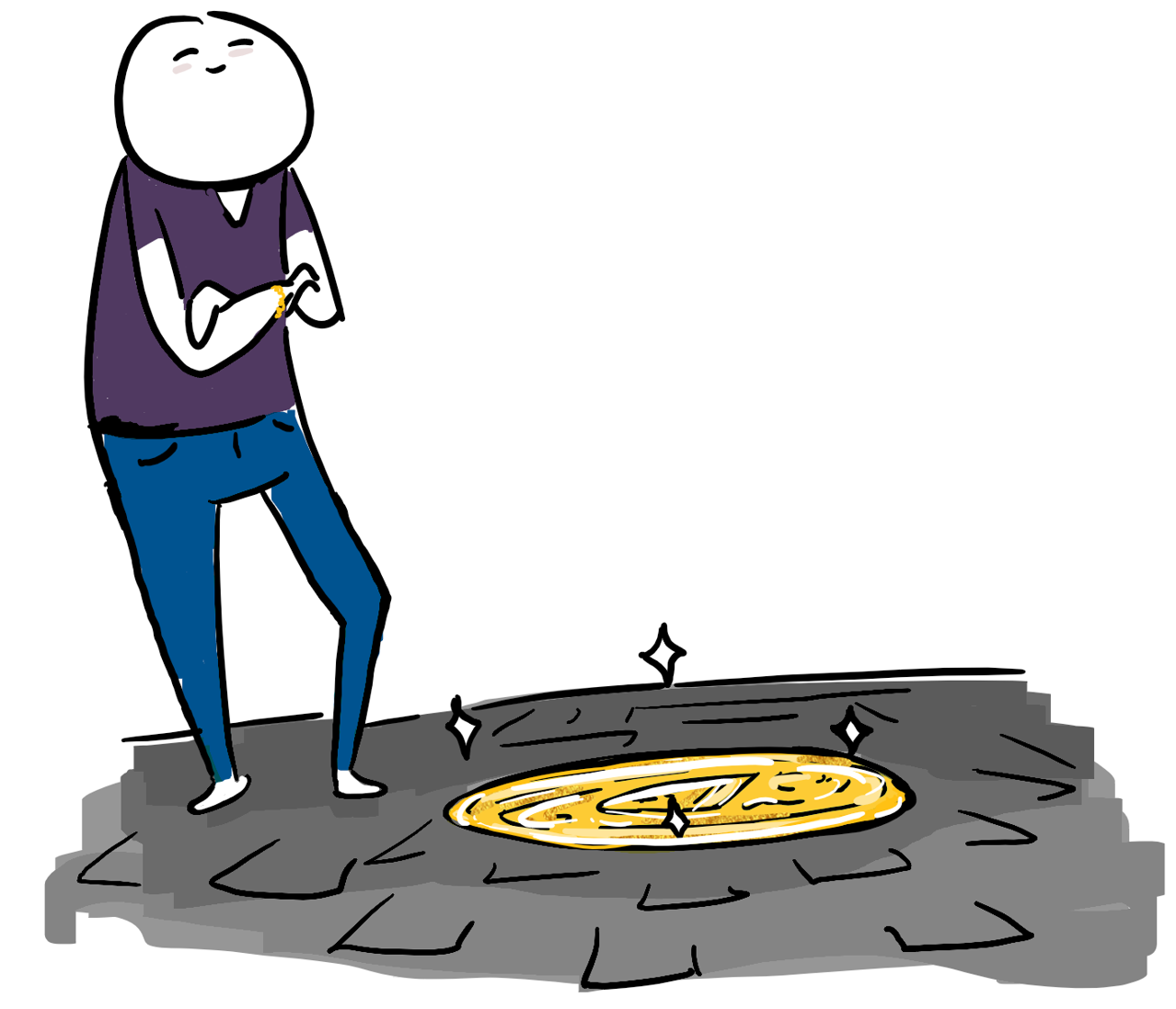 Messer’s job requires her to be comfortable with late hours — her shift starts at midnight and she usually starts cleaning the Peirce seal at 4 a.m. She also has to be meticulous. On a good day, cleaning the seal can take an hour. On a bad day, it can take two. Messer starts the job with a vacuum to suck up all the debris caught in the cracks of the seal, then moves on to wiping it down with a wet rag. Next comes polish, and then a final touch with another towel, this time dry, to remove smear marks. To pass the time, she likes to plug in her headphones and listen to country music. Because of the continuous onslaught of snow and salt from students’ feet right now, she isn’t cleaning the seal, but this spring break she will restart her maintenace. She will be greeted by a bedraggled seal, but she is up to the task.

“I don’t mind doing it,” she said. “It makes me upset when someone steps on it and there’s a footprint after all the hard work I do.”