Tevin Harris ’18, founder of Constantly Ascending Aesthetics, an online fitness training and lifestyle business, has turned fitness into an outlet.

During his first year at Kenyon, he played football and faced academic issues related to the stress of being a college athlete. He was involved with multiple extracurricular activities, such as the Black Student Union and Men of Color, but found it difficult to balance his time and, as a first generation college student, did not have most of the privileges with which others at Kenyon are endowed.

“[I was] dealing with a lot of the issues that come with being a first generation college student and then being from the inner city, coming from a different academic background,” he said. “I faced a lot of struggles in trying to have a quintessential college experience.”

Harris had to petition to return to Kenyon after his first year. After stepping away from football, he successfully returned for his sophomore year and began excelling academically and personally. That is when he was able to lay the groundwork for his fitness training business, an endeavor he dreamt of since high school. He cycled through various names before settling on Constantly Ascending Aesthetics.

“I named it Constantly Ascending Aesthetics because I want growth and development to always be incurred,” he said. “I want to always be getting better.” 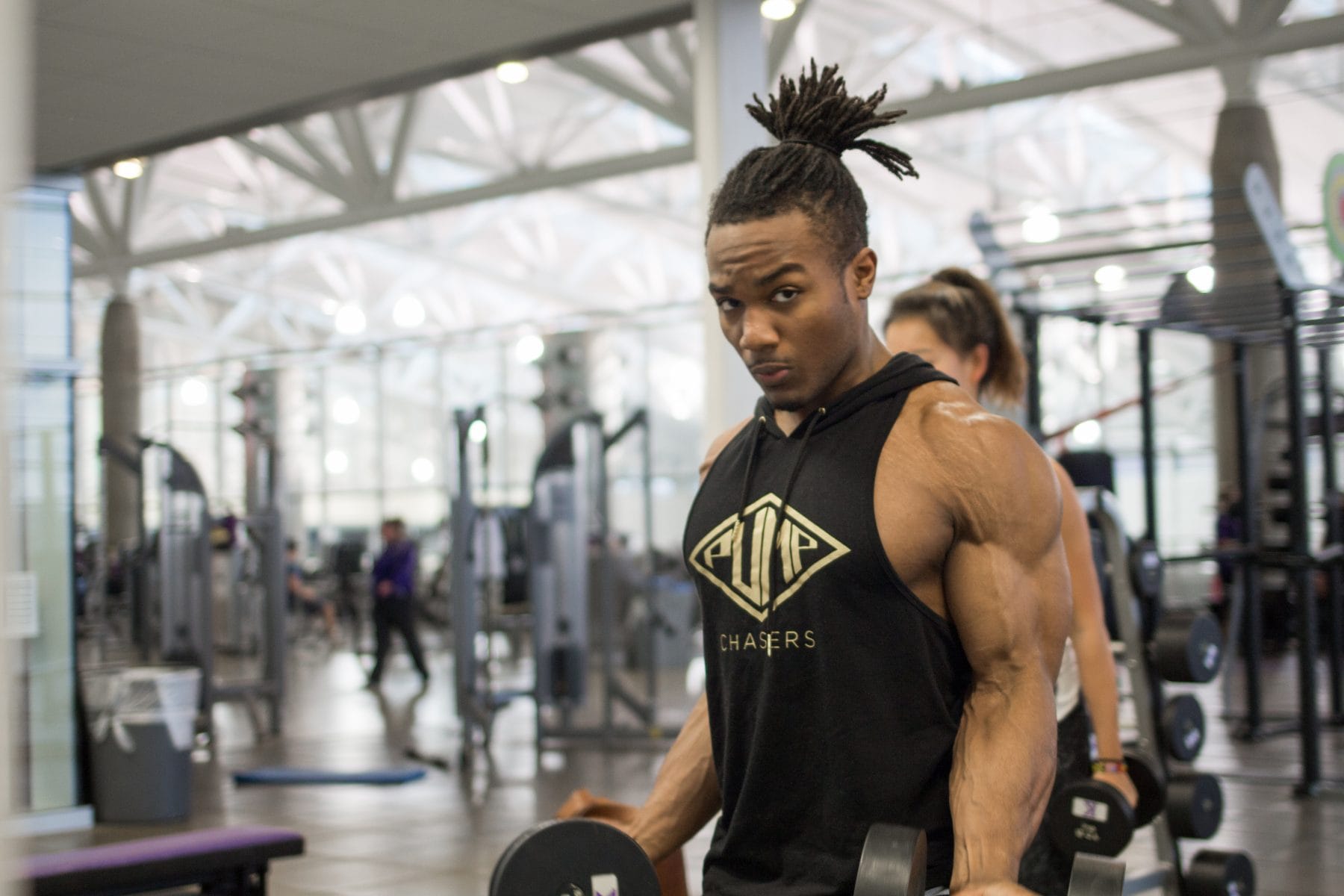 Harris’ approach to fitness is holistic — through physical training, he aims to help people improve themselves in all facets of life. For Harris, teaching your body to overcome physical hurdles “informs [your] ability to combat bigger issues in life.”

Harris hopes to grow the Constantly Ascending brand, to open his own gym and to create a community of people who want to better themselves. He continues to devote time to reading fitness reviews and scientific articles from reputable names in the fitness industry to add credibility to what he does. He plans to pursue a graduate degree in physical therapy.

For now, Harris works only as an online coach due to regulations at facilities like the Kenyon Athletic Center which prohibit non-gym employees to directly train other people. As an online trainer, Harris hopes to build a relationship with clients that most trainers do not have.

“I’m essentially building a relationship with people. … If there’s anything going down, in any facet of your life, I want to hear from you and to help however I can,” he said.

During his junior year, Harris suffered his third concussion and developed Post Concussion Syndrome, a mild form of traumatic brain injury. Overcoming this presented a new challenge, since the struggles he faced were invisible and his symptoms were difficult to treat.

But Harris was able to get back up and overcome his injury. “I’m really thankful for this experience because it has informed me about how to be even more open to approaching people’s problems in terms of personal development,” he said.

Harris’s vision for the future is bright. After graduation, he hopes to take up various international teaching jobs, potentially in both Beijing and in the Samoan Islands, but he wants to continue focusing on helping people change their lives. “Fitness is my way of deconstructing or separating myself and other people from negative stimuli,” he said. “It has sculpted my mind to where I don’t feel that anything is impossible.”

He also wants to give back to his community by spreading his messages of positivity, hard work and perspective.

“I know so many young black men where I come from, the South Side of Chicago, who feel at [odds with] their environment,” he said. “But when you take a step back and you think about the things you do have control over, and you decide not to pay too much attention to the things that you lack or that society doesn’t provide you the resources to do, it gives you a better perspective on what you can make happen.” 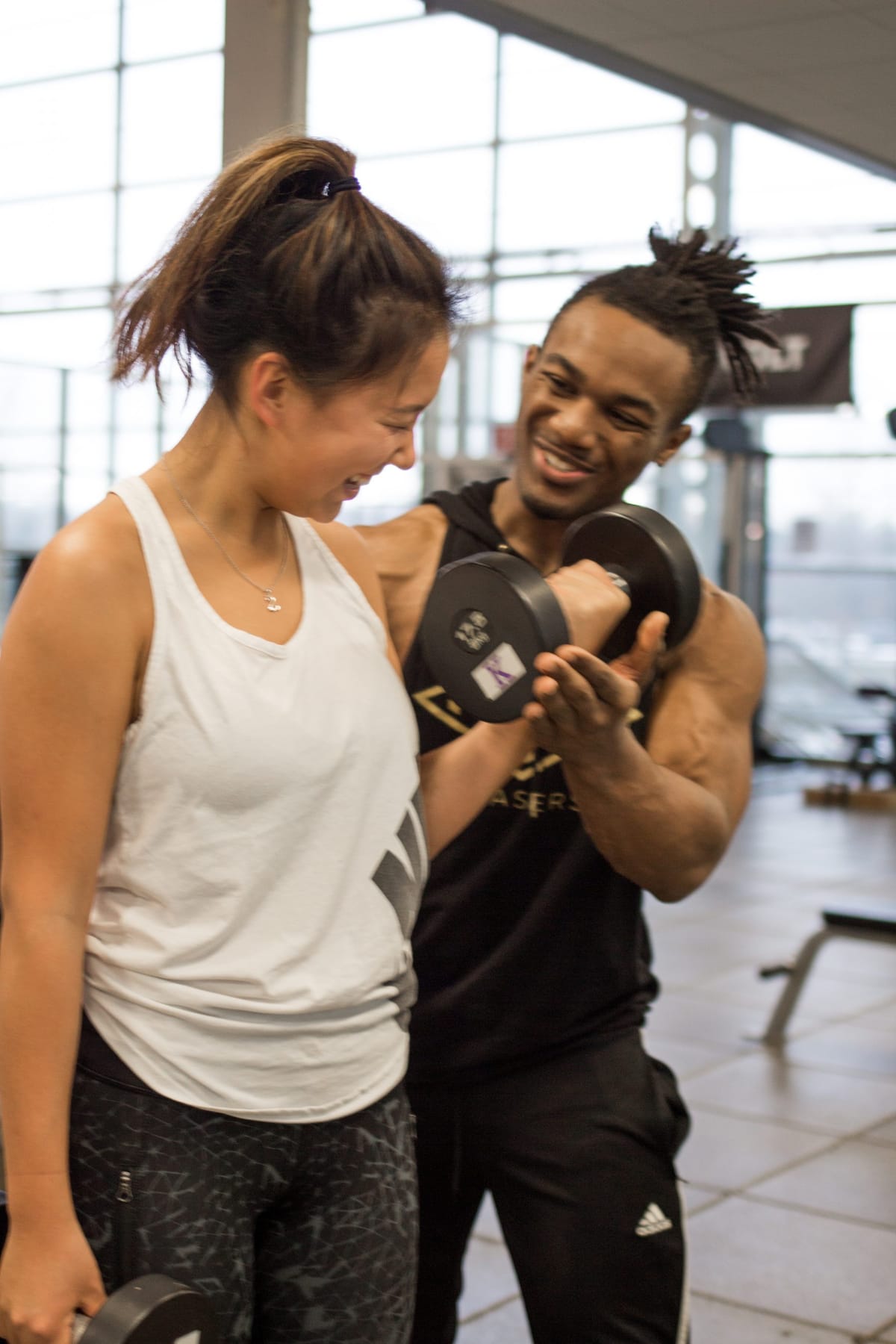